Their story: “Our daughters were all in gymnastics and two of them were in the same gymnastics class together. That is where we met and instantly fell in love. I was house hunting and an offer I made on a house was accepted. I eventually told him about it and he knew exactly where the house was, because he owned a house right up the street (which I had no idea). So we became neighbors and best friends. Everything has always been fate between us. Things happen and work out in ways people would never expect."

Wedding details:  Working with Janine + Brendan was so easy - they wanted to keep it simple and involve their children.  So, part of the wedding was to include a family unity sand ceremony, and of course they had to have their special entrance & song.  Her sage, pale pink, peach and blue florals were perfect for an early July celebration.  The couple and their immediate family stayed at a vacation home in Keystone, Colorado which came complete with a teepee and fire pit in the backyard.  After their ceremony, they celebrated with a taco bar back at the vacation house. 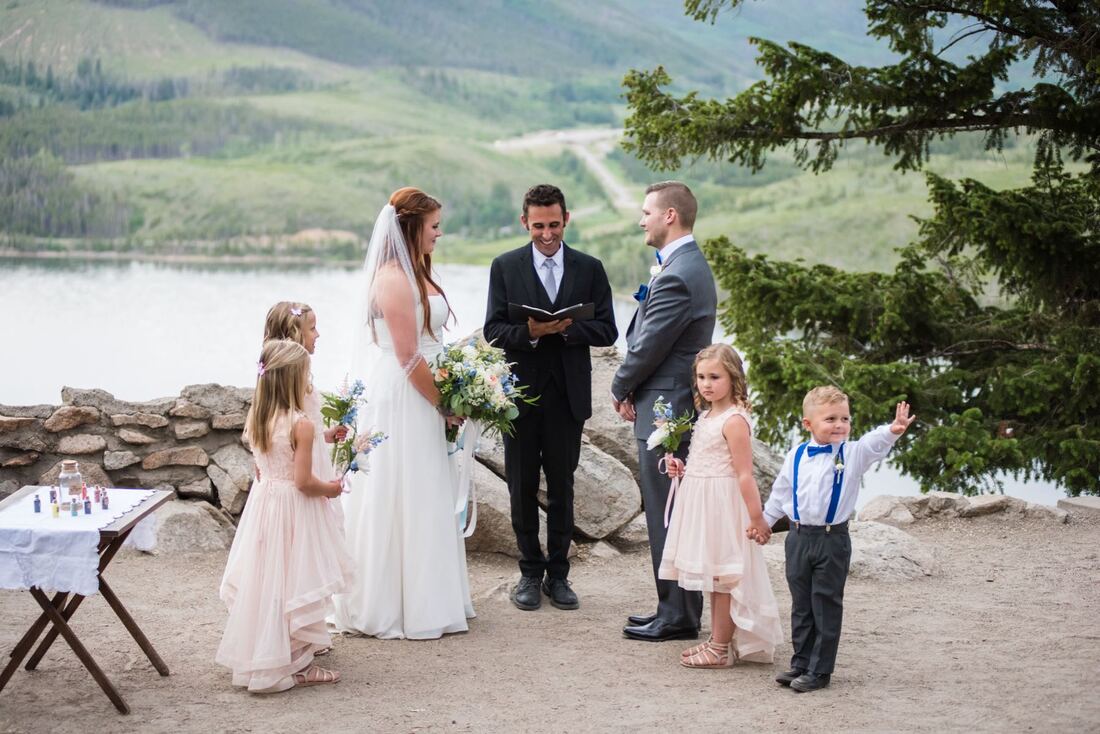 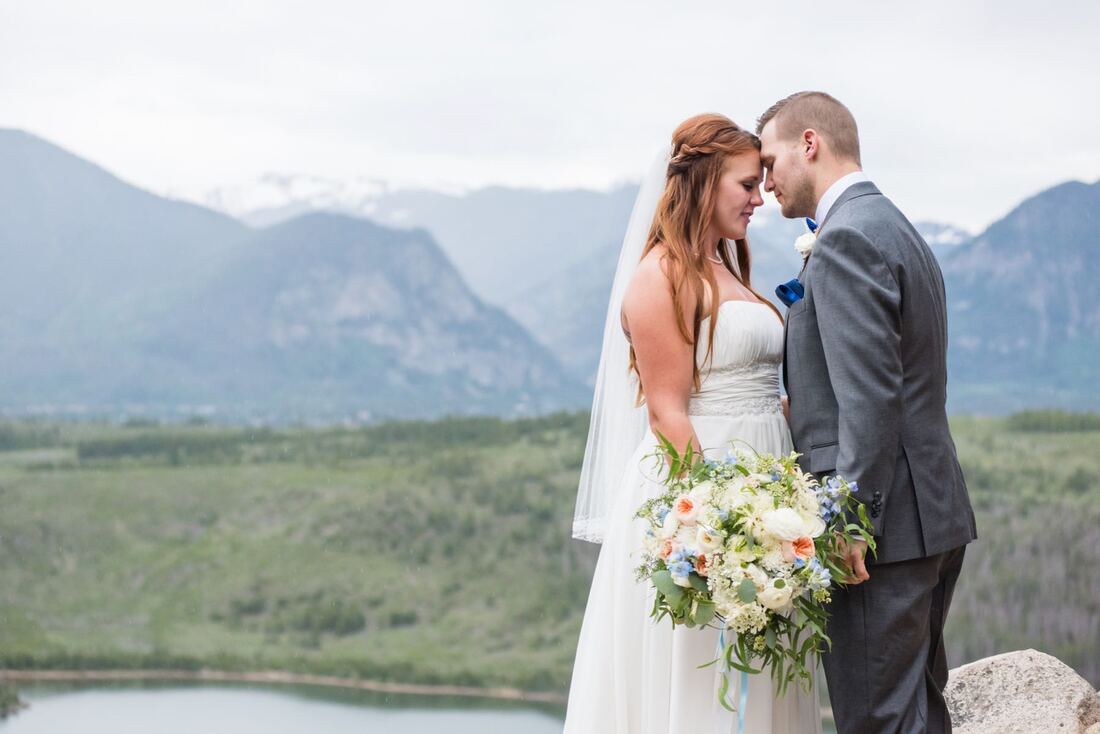